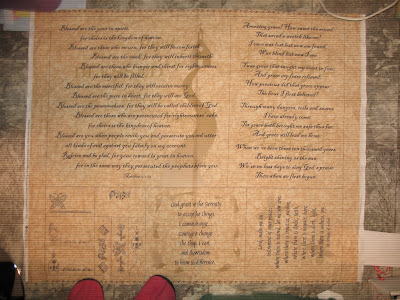 First I found this panel. It has the Beautitudes (Matthew 5:1-12), Amazing Grace, the Prayer of Serenity, the Prayer of St. Francis and some mini panels that have Christian symbols on them. Not sure what I'll use the mini panels for. Some of them look like they're supposed to be bookmarks. I'm sure I'll figure out something. 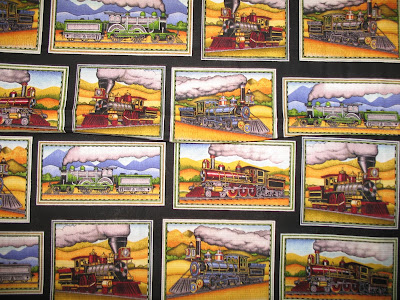 Next I found this train fabric. I took what was left on the bolt, less than two metres, I think. 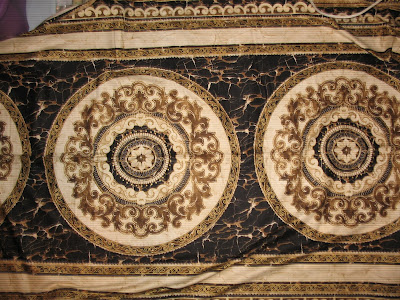 While I was waiting in line at the cutting table, I spied this Stonehenge fabric. I'm not a big brown/beige fan, but my basement bathroom is beige and black and I thought this might make a nice wallhanging in there. Again, I bought what was left on the bolt.
All of the fabric I purchased was on sale, which makes me even happier.
On my way back into town, I stopped at Walmart to pick up tahini and see if they had miso or umeboshi paste. Nada. Not even the tahini, at least not that I could find.
And no more warning lights for my tire. It remained (over)inflated.
The Sabbath has begun now, so I wish you all a happy Sabbath.
Posted by Laura B at 16:38