Watched another Christmas movie last night. I rarely sit idle when I'm watching television. I generally have a crochet hook or knitting needles in my hands. I've been working on a ruana for my daughter. It's the Around-Town Ruana, a free pattern from Red Heart. It's worked in three different yarns and you don't cut them when you get to the end of a row and switch to the next colour. You just leave it hanging and pick it up again the next time you get to the end of that row. That's why you can see all of the yarn stretched across the picture. 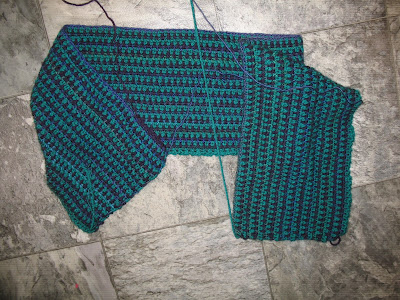 I think I'm on row 42 and there are 73 on each half. It's a really easy project to pick up as it's just single crochets and chains. I don't have a picture of my ruana. I made the Savvy Ruana for myself, but I still have to finish the "fur" collar.
Another project that's easy to pick up and work on is my temperature change afghan. I call mine Spiralling Temperatures. 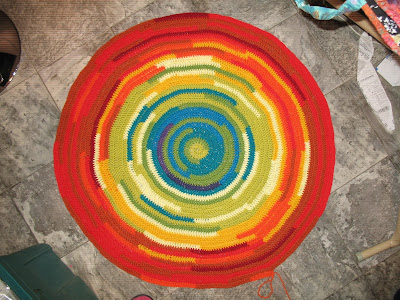 It's straight double crochet. The only complicated thing is remembering when to increase to keep the circle flat. I'm way behind, not yet finished August, partly due to the fact that I was in Ontario for two weeks twice this year and this project doesn't travel well. I have 11 (7 oz) balls of yarn and one 16 oz ball. Of course, that weight was at the beginning of the year, but there's still plenty of yarn left. I keep it in a tote whose top I drilled holes in to keep the yarn organized. 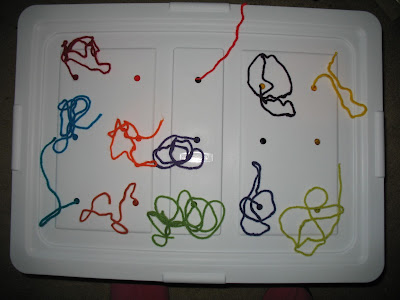 Can you imagine trying to fit that into your luggage? Do you think I could convince the airline that it's a medical device since I crochet for "therapy?" 😆 Here's my colour card. 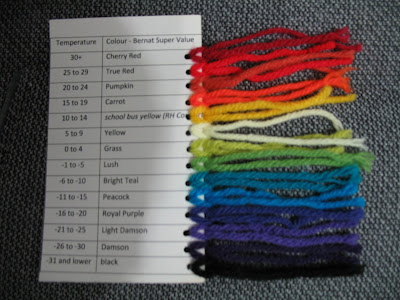 I'm hoping to never have to use black. That's why you won't see it in the bin above. Plus the fact that I couldn't fit any more yarn in there. I'm using the daily maximum temperature and fortunately, I haven't had to use much purple either. (Even though it's my favourite colour, I'd rather not have those temperatures). However, we don't know what this winter will bring. I debated on whether to use only the colours from where I live or use the temperatures for where I was vacationing for that section of yarn. Initially, I was just going to go with the temperatures at home, but then I decided to use the temperatures from where I was visiting. That way it would be an afghan of my year and not my town's.
After work today, I picked up a new push brooom. I have a corner lot with sidewalk on two sides of my property, plus a double wide driveway, the deck and the sidewalk between the deck and the garage. Even with a push brooom, that was a lot of work. I should have used the leaf blower. It would have done a better and quicker job. But at least I had some exercise. When I came in, I finished the top for my tree skirt. 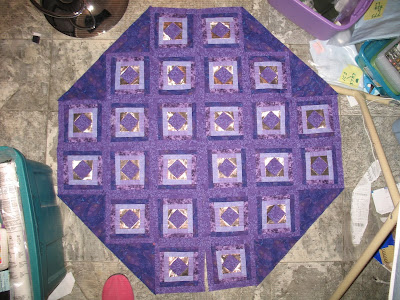 After all that exercise sweeping the snow, I don't have the energy to sort out the backing and batting for this project and then pin-baste it. That will have to wait for another evening.
Posted by Laura B at 18:24