One of the places I decided that I wanted to visit while I was in London was Len's Mill Store. I have to admit that when I walked in, it did not make a good first impression. It's an ugly, warehouse-type store, but once I found the fabric department, I was happy. 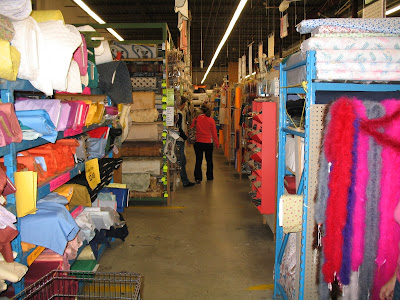 I visited the store at least 3 times during my stay in London. They also have an awesome yarn section. Obviously they must cater to some cross-border shoppers because the fabric can be purchased by the yard or the metre. There used to be a place called McKay's Fabric Surplus (or something like that) near my sister's place. I was disappointed to find out it was closed. Len's Mill was just a little farther away, so that made up for the loss of McKay's. 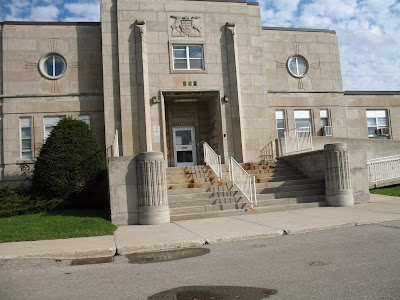 I went to visit my Aunt in Port Stanley and on the way back to London, I stopped at this now empty hospital. It's the St. Thomas Psychiatric Hospital and it's a massive institution, built to house up to 5000 patients with 460 acres of land, a working farm and beautiful grounds. 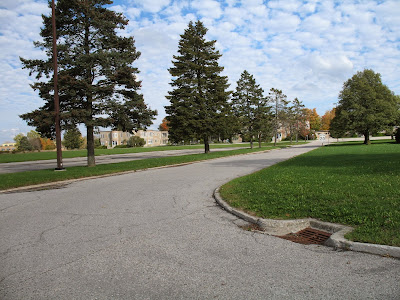 My father worked there for over 20 years and for me it's a part of St. Thomas history. I find it a pity that it's now empty, apparently sold to developers and slated for demolition. That makes 2 hospitals connected with my personal history to meet this fate.  The other one, of course is Victoria Hospital in London, where I did a lot of my nurse's training and got my first nursing job. I drove by it for a quick look and they still haven't started the demolition, but didn't take any pictures on this visit. However, I did take some pictures on last year's visit. 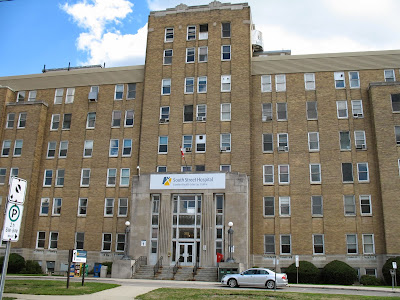 The front of the hospital - I went through these doors many times. 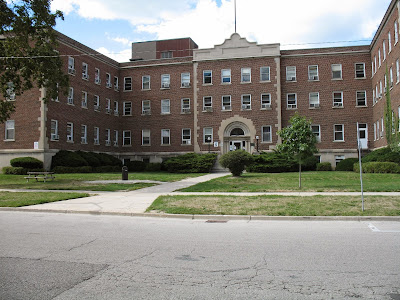 Nurses' Residence - I lived here for most of my 2 years as a student. I'm not sure if they're demolishing this building or not. 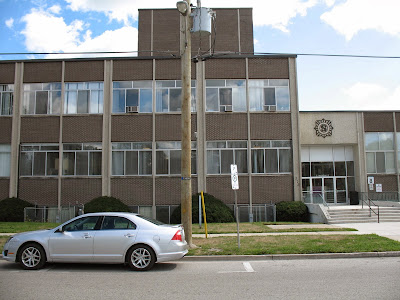 The nursing school - I spent many hours in this building as well. I don't think it's part of the demolition plans.
Further down Memory Lane... 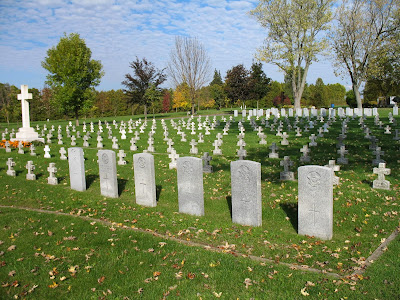 This is the veterans section of the cemetery where my mother's parents were buried, the South Park Cemetery. 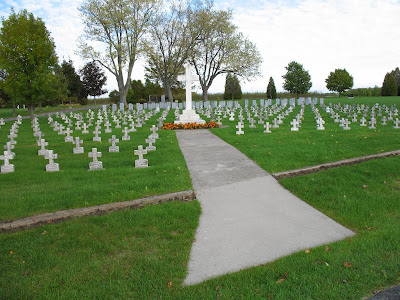 Below is a picture of the St. Thomas Cemetery, where my father's mother is buried. I was only ever able to find her grave once, and even though I was there during the posted office hours, the office was closed, so I was unable to visit her grave this time either. However, I discovered that they have an online search function, so next time, hopefully, I will find it. I must take my aunt, as she said she has a hard time finding it as well. I'm sure she would appreciate visiting her mother's grave with me. 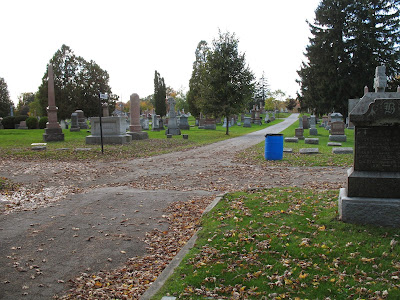 I went from there to my favourite old church, the St. Thomas Anglican church, built in 1824. 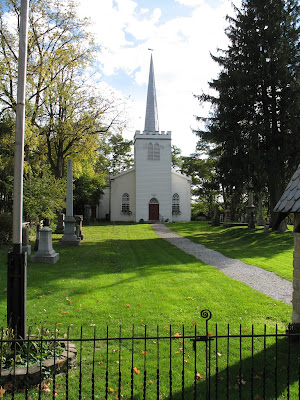 At one time I wanted to be married in this church, but since it doesn't have central heating and I was married in November, it would have been a bit chilly. Maybe if I ever remarry... 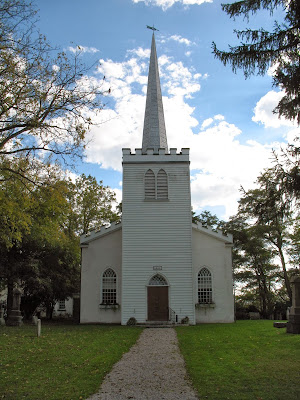 Some really old graves in the church yard cemetery, with some figures of local historical interest buried here. 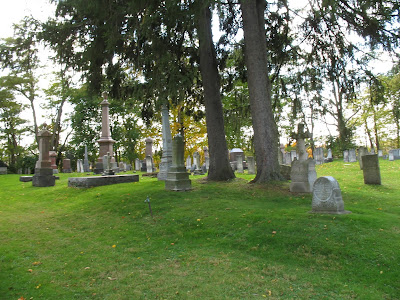 Right next door to the church is this old building: 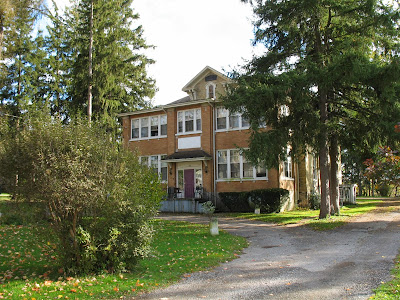 Now dubbed "adult living," it was at one time a senior's home, called Thomas Williams Home, where my mother's father lived after my grandmother died. That name is still on a sign just under the peak of the roof. 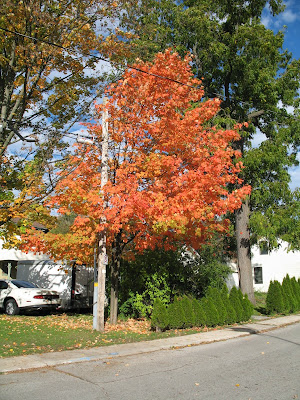 I saw lots of beautiful autumn trees, but most of them were while I was driving, so not able to take pictures. This one was right across the street from the Thomas Williams Home. As you can see, the tree right next to it was still fully green.
That's all for this vacation. The rest of my pictures are all family pictures, which I'm not sharing on my blog.
Don't forget to comment on my Time to Pass It On post to enter the giveaway for 5 free fat quarters.
Posted by Laura B at 19:35