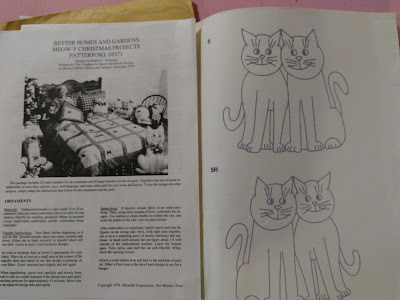 As you can see, I still have it. And maybe some day, I will actually complete this quilt.
One of my reasons for being interested in making quilts was because of all the scraps I was accumulating from garment sewing. Eventually, I used some of those to make my very first quilt. 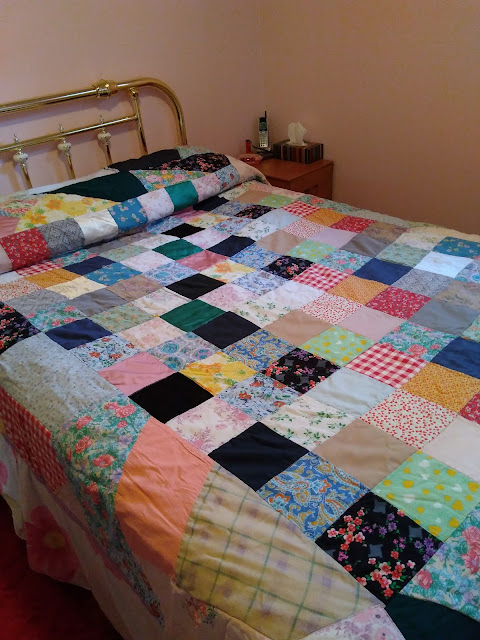 And yes, I've still got it, too. And believe it or not, I think it has pieces of that original skirt in it (the orange fabric). 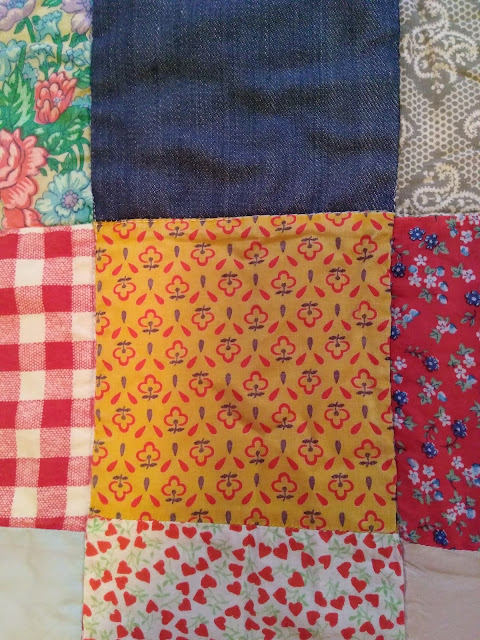 It's a real mish-mash of fabrics - cotton, poly-cotton, polyester, flannelette, and satin. And in some places, the fabric is totally gone. So, it is in definite need of repair. I did the quilting on the sewing machine, not really having a clue what I was doing. I don't even know if walking feet even existed back then. I got tired of making all the squares in the centre and decided to try crazy quilting around the outside. Look at those huge pieces with no quilting, aside from the edges of the pieces. If I ever get around to repairing it, I might try putting it on the longarm and doing a better quilting job. Not sure how that would work because I'm not going to take it all apart. I don't remember what year I made it, but I know that I had it on my bed in nurses' residence when I was in nursing school, 1982-1984.

Sometime early in my marriage, I belonged to a book club, and I am quite sure that's how I obtained this book. 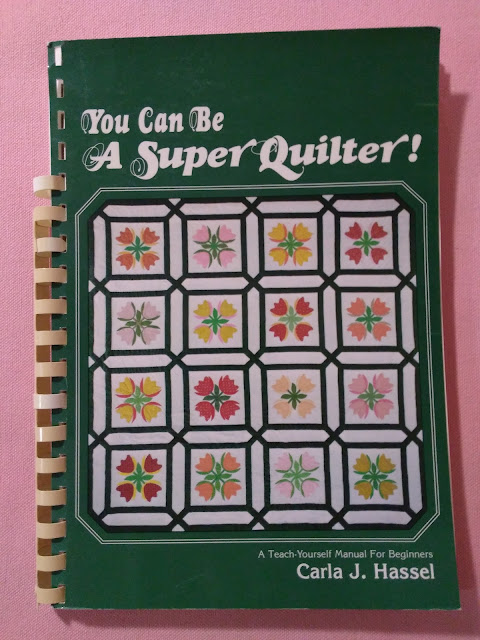 Owning a book on quilt-making and actually making a quilt are not the same thing. And this book, unfortunately, is about making quilts by hand. It's from the days before rotary cutters and rulers and walking feet were common. And as you can see from the spine, it's well travelled, going with us as we moved from province to province.
My next quilt was not until I was pregnant with my daughter in 1990. I finally used 6 of the embroidered cat blocks I completed many years before. 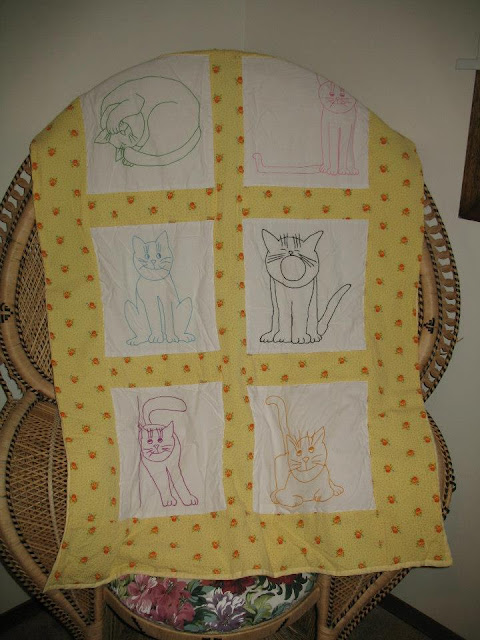 And this one is also still around and now in my grandson's possession. I had intended to use the other cat blocks for another quilt for my daughter, doubling the batting to make a winter weight quilt. But, once I had Sophia, finding time for making another quilt just didn't happen. Unfortunately, through my many moves, I have lost the other six blocks.
Somewhere and somehow, I acquired a rotary cutter and pattern weights to use with garment making. I'm not sure whose not-so-brilliant idea that was. Rotary cutters don't work very well for cutting out garment patterns with small notches and indentations and curves. And the pattern weights don't work very well with scissors. As soon as you lift the fabric up to cut, the weights shift. At least, I already had a rotary cutter and mat for when I actually started making quilts.
It was after I moved to Alberta (1999) that I really wanted to get into quiltmaking. And I wanted to take a class. But I couldn't find one. I could find quilting classes for my daughter, but none for me. So, I had to learn from books and magazines. This is one of my original books. 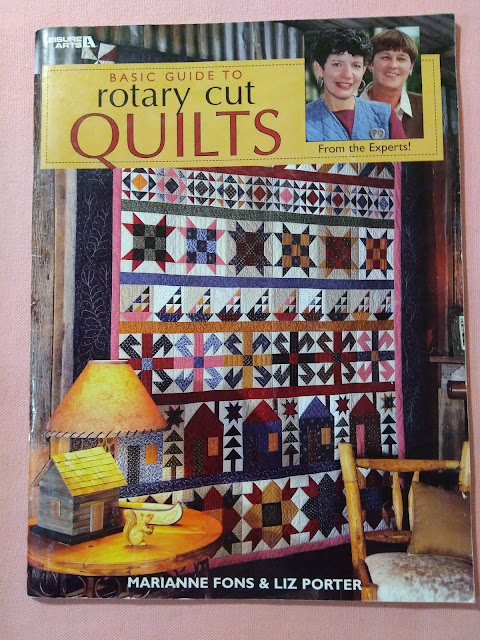 And then not only was I able to make quilts, but I actually taught a small class of my daughter and her friend, my niece and a couple of my friends. It was just a basic 4-patch, and my daughter still has the quilt she made from that class.
I made a few quilts over a few years, but when my marriage started falling apart, so did my motivation for quilting. And once the marriage ended (2006), I had to focus on getting my life and my career back on track. Not really any time for hobbies. I had been out of nursing for 20 years, and had to take a nursing refresher course in order to get back into it. I had started it preemptively before the marriage ended and finished it in 2007. Then, because I didn't have any recent experience to put on my resume, I decided to pursue my degree. In 2012, I was awarded my bachelor's degree in nursing. And in 2013, I started quilting again, starting with both the 2012 and 2013 Craftsy (now Bluprint) BOMs, neither of which is finished yet. 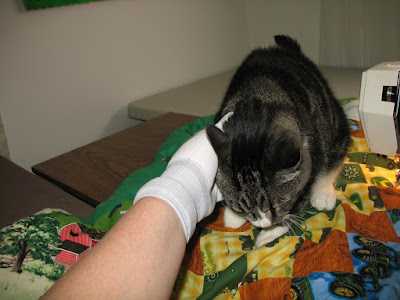 In September of that year was the last time I quilted a larger quilt on my domestic machine. The cats were extremely helpful, as you can see. I had been trying through online learning to figure out how to do free motion quilting on the domestic machine. I had even found a tractor tire design that I wanted to use on this John Deere quilt. But I just couldn't get it right, so I ended up just doing straight line quilting with the walking foot. I had wanted to do cross-hatching, but It took me days just to get diagonal lines done. And I'd had enough.
I had probably been to the Creativ Stitches show in September and I think that's where I got the flyer about renting a longarm. So, in November, I decided to give it a try. 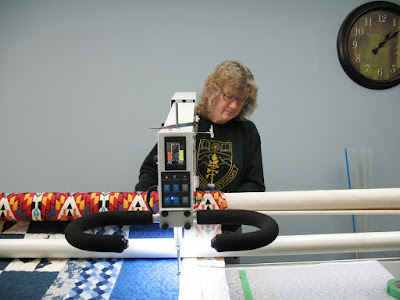 And I've never looked back. Since then, I have only done mini quilts on my domestic machine, renting a longarm for all of my bigger quilts. And in 2018, I bought my HQ Amara. 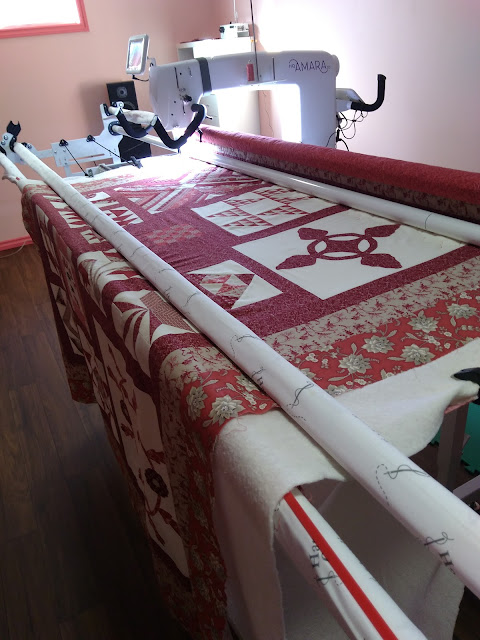 And since this purchase, I have completed over 20 quilts on this machine, plus a couple of tote bags, table runners and table toppers.