I started this quilt 2 years ago and it was supposed to have been for my sister Judy's 65th birthday. She'll be 70 in August. But I am gradually closing in on my goal of creating a quilt for every sister. Janet, Cindy and Judy will now have one, and I have the fabric for the quilts for the remaining two sisters. Plus a zillion other quilts. Currently I'm working on my very first signature quilt for a nurse that retired. 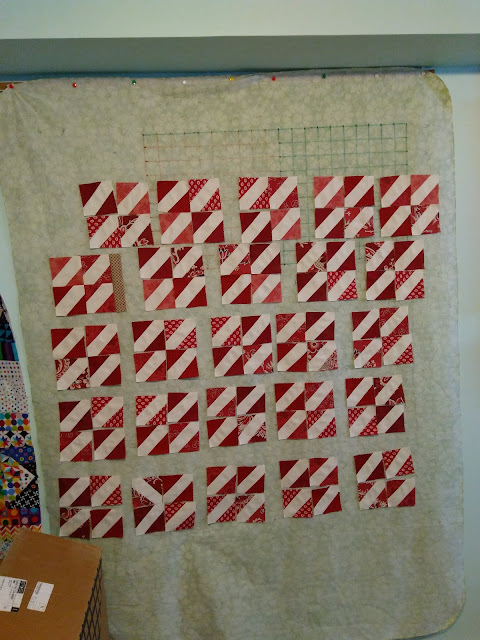 This is just the beginnings of it. I'll have to be careful to whom I give these, or every health care worker I have ever known will think they need one when they retire/resign/move...
But back to Judy's quilt: if you want to know more of it's story you'll need to read my post, "Un-squaring Square Quilts." I've had the quilt top done for nearly 2 years. And I actually had some rental time booked on the longarm to finish it. Then I injured my back, was off work for a few weeks and I was in no shape to do the quilting. Especially when, as a renter, I would have to do it all in one shot, and I estimated this quilt would take me 8 hours to quilt.
After the back injury healed, I tried to book my already paid for time on the longarm, but was not getting any response from the rental studio. And really, I didn't want to pay for it again at another studio (the first studio still owes me 8 hours of quilting time). I kept hoping that I would be able to get the basement renovations done and purchase my own longarm. That didn't happen until September of 2018. Then I had problems with the flooring and had to wait until that was taken care of before I could get to this quilt.
Once I was finally able to start quilting it, I,unfortunately, was having major tension issues. I would set it to where I thought it was a good tension, but the thread kept breaking. I don't think I finished a whole row without at least one thread break. I kept reducing the tension and thought I was finally going to be able to quilt, but then suddenly it was too loose and I had to rip out loops of thread on the back several times. For polyester thread, I had a lot of lint accumulating in the bobbin area. 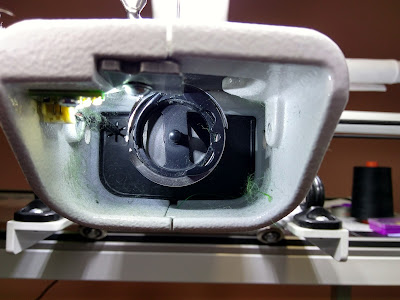 I went through a lot of thread with all of the re-starts I had to do.
I thought maybe it was that particular spool of thread, so when it ran out, I was hoping that maybe a new spool would be better. 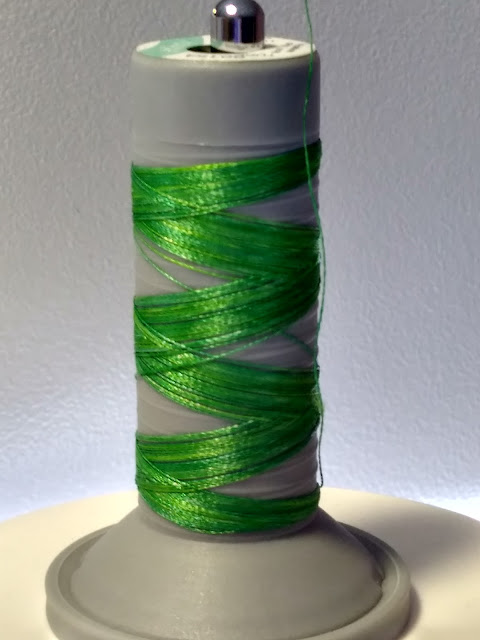 I tried 3 different needles, hoping that would make a difference and finally resorted to the manual and reset the tension at least three times. It would work for a short period of time and then start breaking or looping again. Plus the rear display was not working consistently, which is not good when you primarily quilt from the back. I had no end of headaches, messaged the company, emailed the vendor, spoke with them in person, spoke with them on the phone. Just by sheer persistence, I eventually managed to finish the quilting 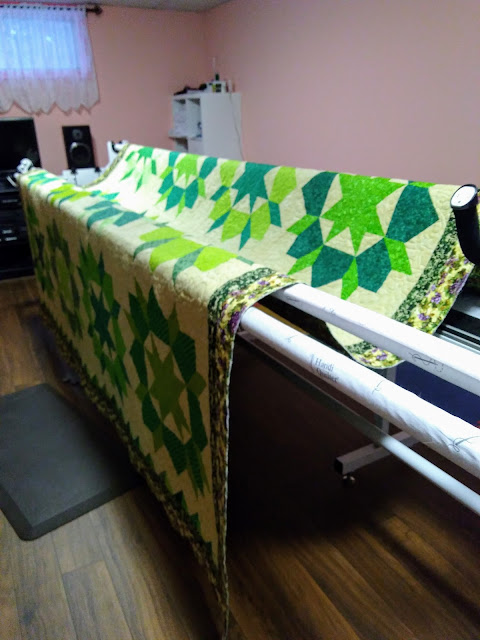 and took the longarm into the vendor for repair. In spite of all of my stops and starts, I think that the quilting is quite attractive. And I'm so thankful it's finished. 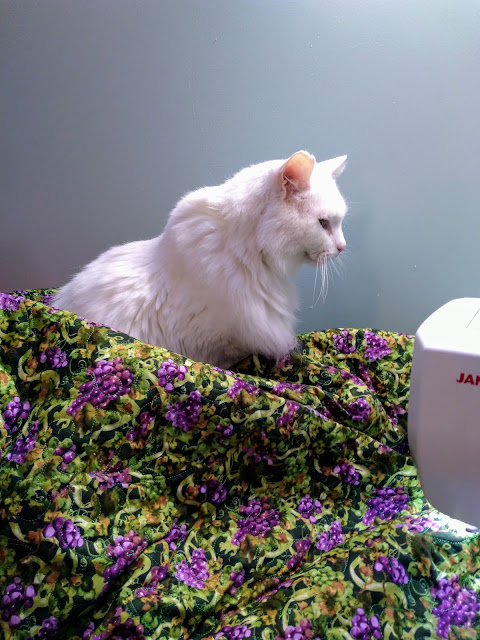 Mystery assisted with the binding 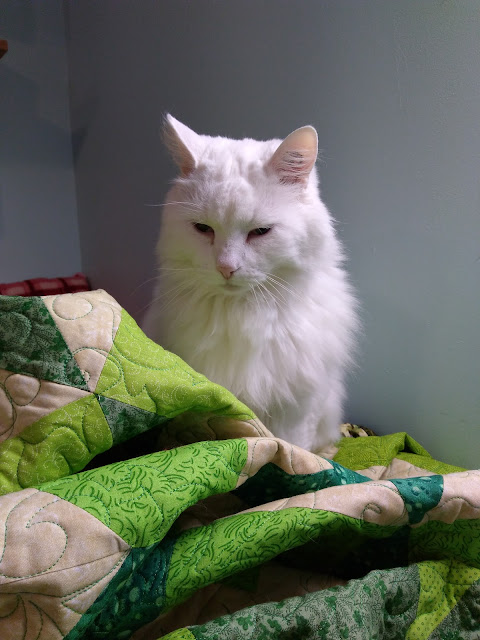 and was very helpful.
Now, I just have to find a box that's the right size and get it mailed to my sister. And hopefully, the repairman will be able to find what's wrong with my machine and remedy it quickly.