At the next country fair in our area, I entered even more items than at the previous one and brought home 6 red (firsts) and 3 blues (seconds). Unfortunately, I forgot my camera, which is too bad because they had the larger quilts displayed nicely at the fair. I took these photos at home afterwards.
The Florence Nightingale quilt and So You Think You Can Quilt both took red ribbons again, 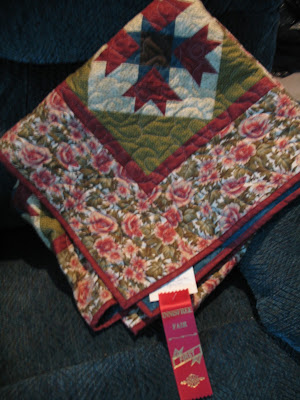 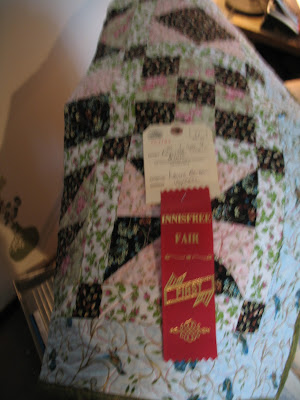 while this time the Scrappy Shine quilt and the Firecracker Throw got reds as well. They both placed second in the previous fair. 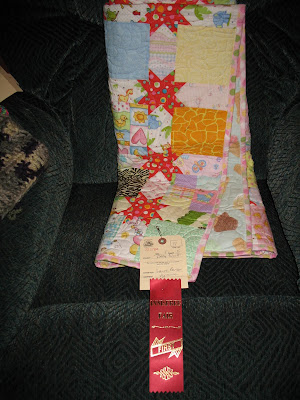 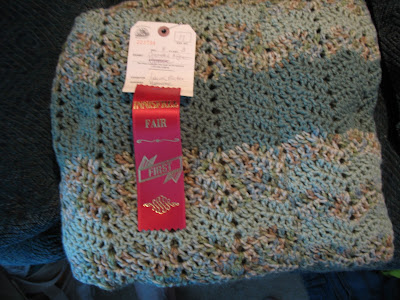 There was a Paper Pieced class at this fair, so I also entered the Dreamweaver Quilt 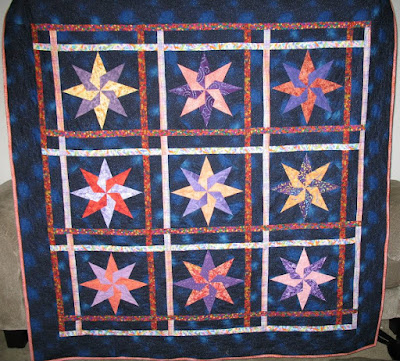 which was awarded a blue ribbon. 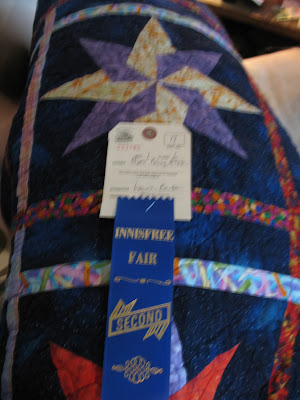 I entered two different cowls in this show, the two dropped stitch cowls. The knitted one took a blue ribbon 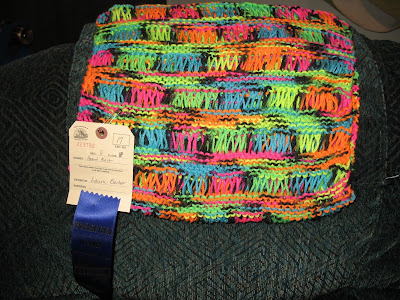 and the crocheted one was awarded a red. 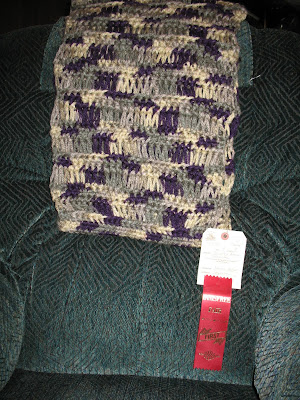 In the Small Crocheted Article, I entered my Argyle Crochet Pot Holder, which won a red ribbon. 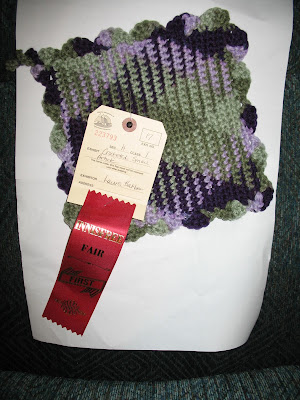 And finally I decided to include my first attempt at an acrylic painting (outside of the practice ones I did in class). 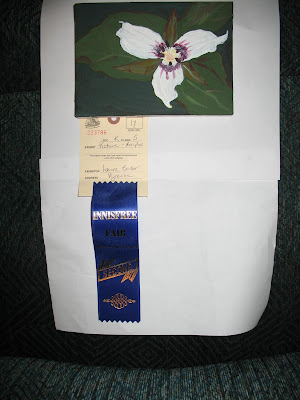 Surprisingly, my Painted Trillium won a second.
That's it for fair season this year. Now that the "fair bug" has bitten, I intend to plan better for next year's fairs.
Posted by Laura B at 19:24