This is my last day of vacation. During my vacation, my daughter and I took Damian to the local fair. It was kind of a bust for a toddler, not quite 3 years old. Most of the rides are too advanced for him. And the bouncy castle had too many bigger kids in it for it to be safe for him. The petting zoo had so many other kids that Damian found it overwhelming. And the bench show was rather disappointing for me as well. Only 4 quilted items total, all of which were small items. No large quilts.There was only one knitted afghan which was barely baby size, no crocheted afghan, and a few smaller items in those categories. And that for a town of 6000 with the largest fair in the area. It got me to thinking about entering some of my projects.
I first started thinking about entering my projects many years ago when I was still living in London, Ontario. While visiting the Western Fair, I noticed a cake that had won a ribbon that was just covered with stars (different colours, according to the desired design), which is one of the simplest ways to decorate a cake. And I knew I could do better than that as I was into cake decorating at that time. However, I never followed up. Then, when my daughter was younger and we were living in Alberta, I helped her enter several projects in the local fairs. It seems almost every little community in rural Alberta has a fair or rodeo. So my daughter entered in the bigger fair in town, and a couple of smaller fairs in other communities.
After seeing the rather dismal display at the local fair, I remembered that the two other area fairs were around the same time as our fair. And decided to investigate. Sure enough, today was the one in the small hamlet and this coming Wednesday is the one in a nearby village. Since I had never entered anything in a fair before, I had a collection of projects that qualified to enter. (You cannot enter the same item in the same fair more than once). I managed to come up with 7 items to enter: a large quilt, a crib quilt, a small quilted article, a knitted article not listed (cowl), crocheted doll clothes, crocheted afghan, and a crocheted item not listed (another cowl). And I brought home a ribbon for each one!
You may remember that I have said before that I do not make "show quality" quilts, so I did not expect to win much, if anything for my quilts. However, entering a quilt in a quilt show and entering one in a local country fair are not the same thing.
Here's the rundown of my ribbons, just note that red ribbons are first place in Canada and blue ribbons are second place.
The Florence Nightingale qult 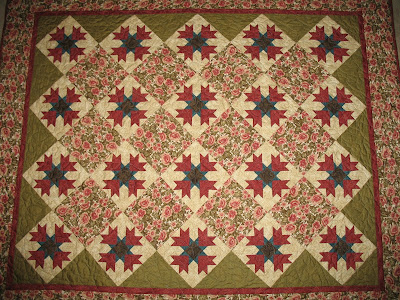 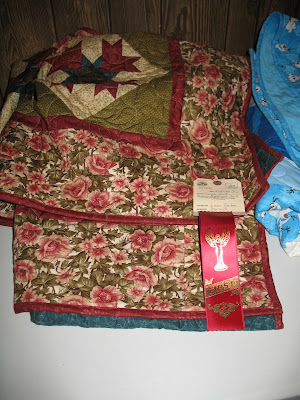 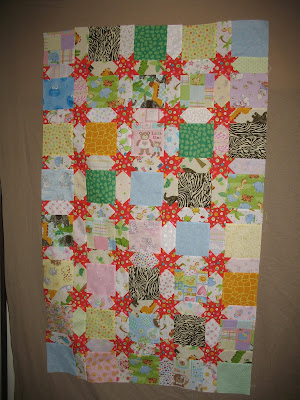 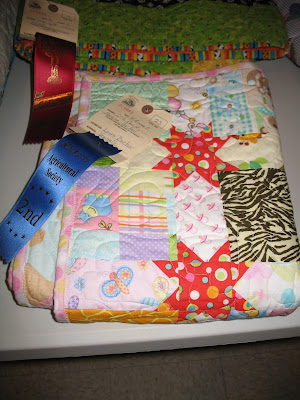 So You Think You Can Quilt 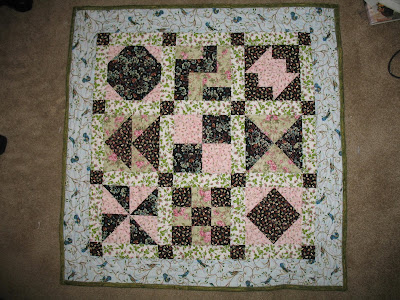 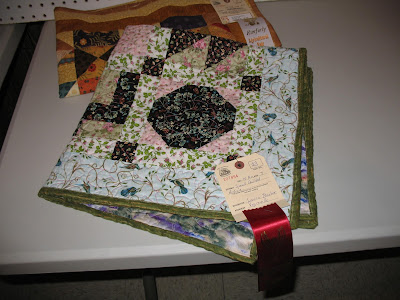 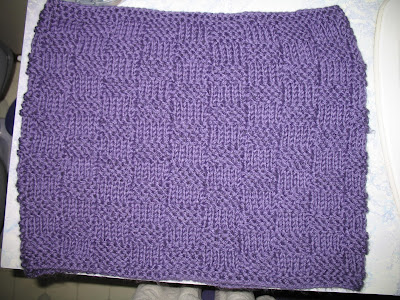 won first place in the Other Knitted Article Not Listed class. 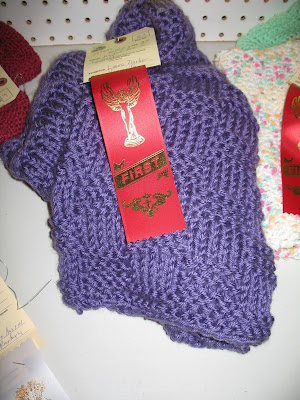 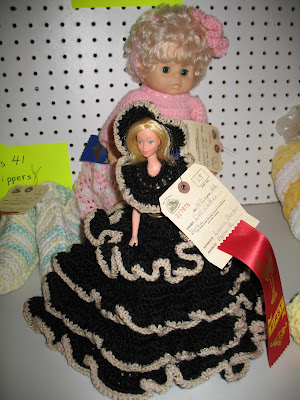 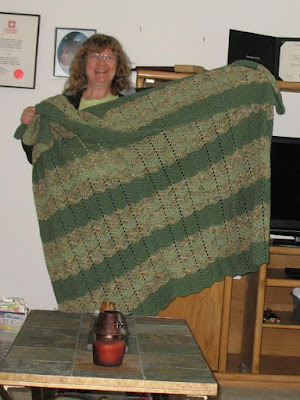 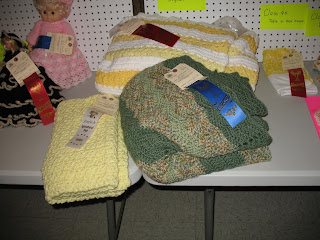 And the Twisted Cowl 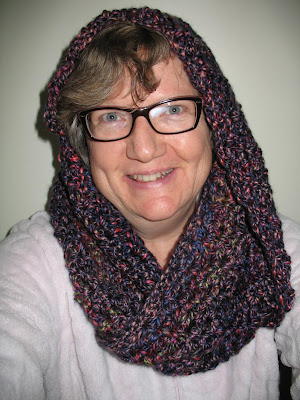 won second place in the Other Crocheted Article Not listed class (seen here in the background with the first place item in the foreground). 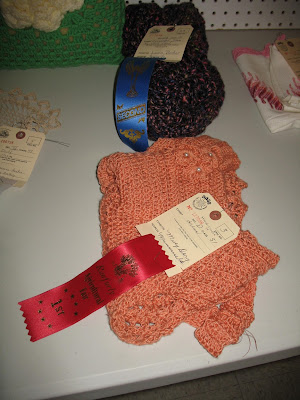 On Wednesday, I will enter some items in the next fair. I haven't decided if I'll enter all of the same items or not. I have other cowls that could be entered that I will not have the opportunity to enter again as they will be given away at Christmas.
This was fun. There was more competition in this small fair than there would have been had I entered the one in town. And I earned a little money, too, as there are small cash prizes along with the ribbons. Next year, I will likely have entries in all three fairs, but I might be competing against my daughter as she is resuming her hobbies of quilting and crocheting. And that will make me proud. And I intend for my grandson to begin his fair entries as well.
Posted by Laura B at 17:36