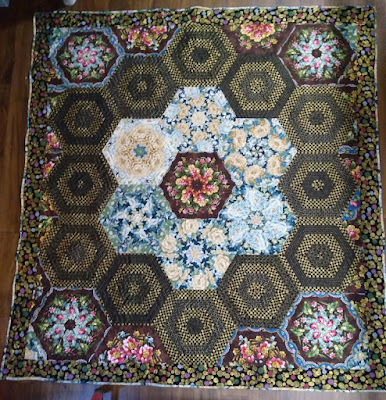 This didn't start out as a quilt. It started out as more of an experiment. I had enrolled in Craftsy's Quilted Kaleidoscopes class, but hadn't done anything with it yet, just glanced at it briefly. I should have done more than glance at it before I started experimenting. Then I might not have wasted so much fabric fiddling around with this. 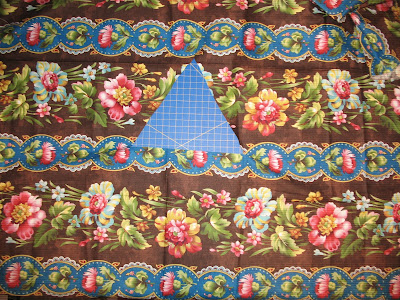 Here's how it started: 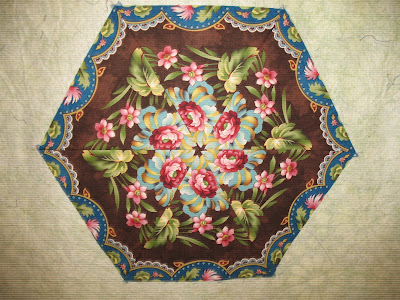 I had no idea what I was going to do with this. But it gradually evolved until I decided that I was going to make it into a quilt. Unfortunately, as I mentioned, I wasted a lot of fabric and my LQS didn't have any more of the one I had started with. I had to decide how I was going to complete the quilt since I didn't have sufficient fabric to make enough hexagons. So, I tried to find fabric that would coordinate with the original fabric and would work as hexagons. 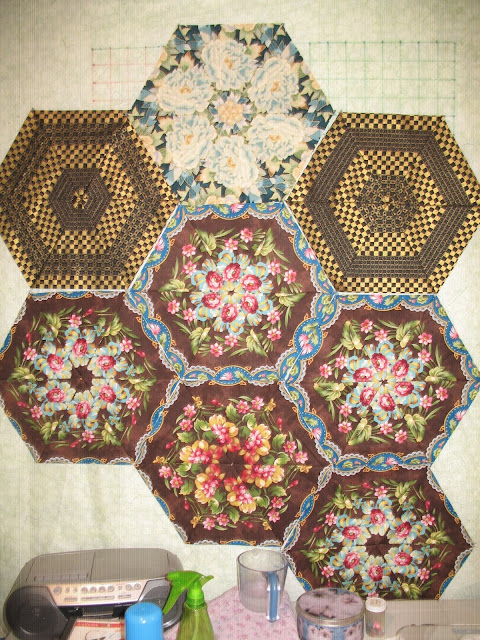 I'm not sure how well I accomplished that 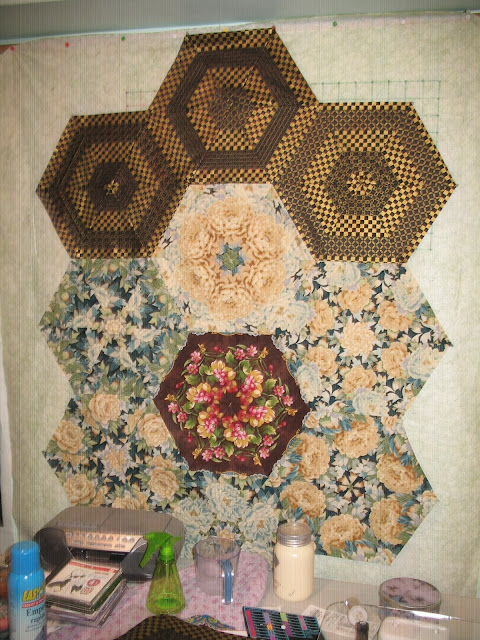 but it still grew up into a reasonably decent quilt. 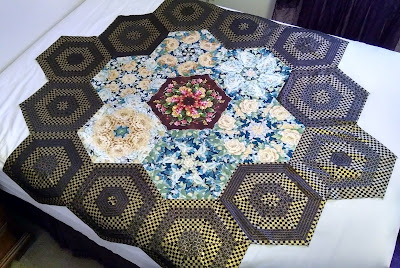 And grow it did. I don't know if I hadn't measured it properly or had neglected to measure it at all, but somehow I assumed it was somewhere close to 70" square (though I knew it wasn't exactly square). So when I did the backing, I only used 2 widths of fabric. That nearly cost me when it came to quilting it. 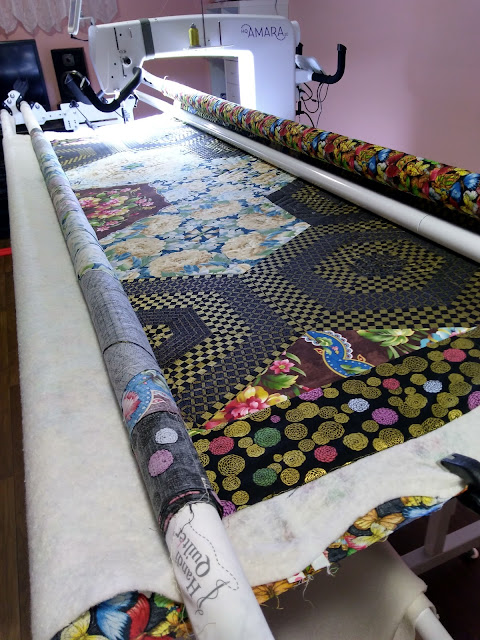 I had been a little too generous at the top end (most of my lap/nap/throw sized quilts are only 60" x 60", so there normally would have been plenty to spare) and by the time I got to the bottom, I had to remove the red snappers and pin the backing to the leader so that I could squeeze in enough backing to finish the quilt. 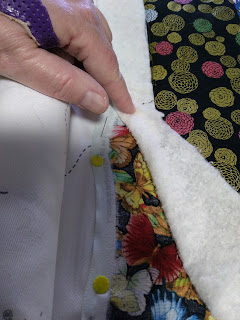 Less than 1½" from the bottom of the quilt top to the inside edge of the selvage on the backing! Thank God I had just enough. As it turned out, the finished quilt measured about 74" x 78".
Because this quilt was composed of hexagons, I wanted a pantograph with hexagons, so I chose Honeycomb from Urban Elementz. 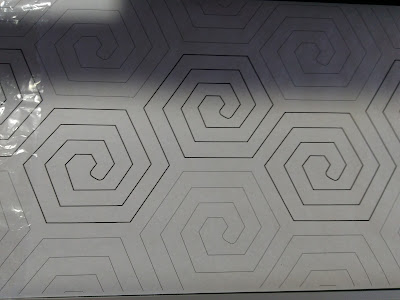 The thread was Glide Cleopatra. Such a gorgeous colour! 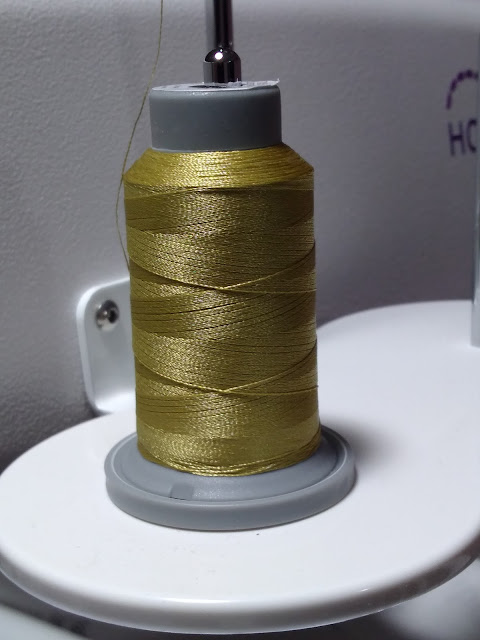 I wasn't entirely thrilled with how the quilting looked. It's very challenging to make straight lines on a longarm. But once it was finished, I was reasonably pleased with it. 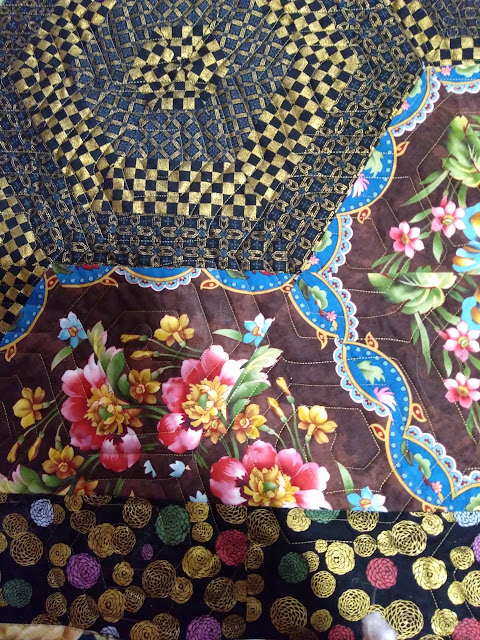 And Mystery helped with the binding. 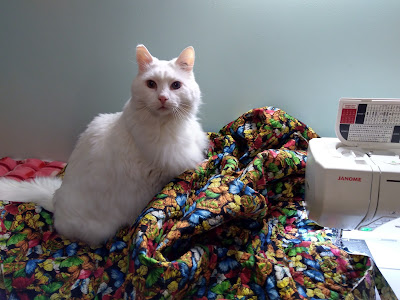 To come up with a name, I thought about Grandmother's Flower Garden quilt, which is entirely composed of hexies. But mine was composed of kaleidoscope hexies, hence "Grandma's Kaleidoscope Garden."
Posted by Laura B at 16:11