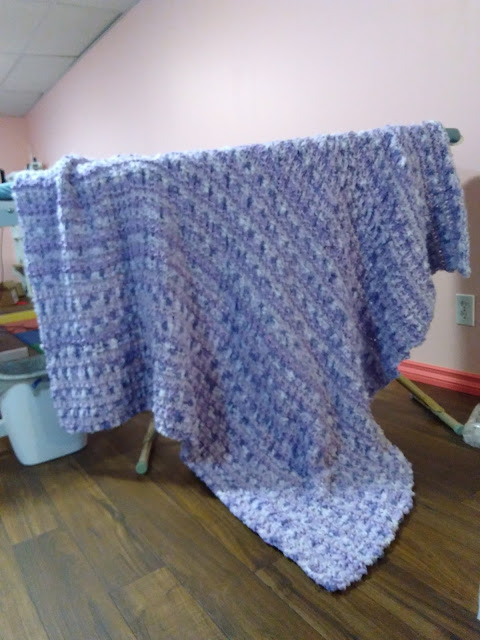 When I first saw Bernat Bundle yarn, which is a combination of Bernat Blanket, Pipsqueak, Bouclé and Chunky according to the Crochet Crowd (http://thecrochetcrowd.com/bernat-baby-bundle-yarn/), I wanted to try it. It's not that I needed another project. I just thought I'd like to try this unique concept of combing several different yarns and textures into one skein. So I purchased some at Walmart. I should say that I purchased some at several Walmarts, because I find that Walmart often only has 1, 2, or 3 skeins of a particular yarn in a specific colour. Frustrating! And while searching for the 5 skeins of Pop Goes Purple in the Bernat Baby Bundle that I wanted, I also found a different purple colour scheme in the Bundle yarn that I purchased for a future project. I'm beginning to run out of storage space for yarn. I do actually want to live in my house, not just use it for craft storage.
Finding an appropriate project for this yarn was the next item on my agenda. I've probably stated before that my goal is to make one project from each of the craft books/magazines that I own. So I perused one of the many books I've picked up at thrift stores, 7-Day Afghans by Jean Leinhauser and Rita Weiss, 1985 edition. Here's the link to the 1987 edition:
I don't know if it has the same afghan patterns in it or not, but it's the only one I could find on Amazon. And I certainly wouldn't pay $163.38 for it, which is the current list price, but I do see that there is a used one for a penny plus shipping. 😊
I selected the pattern Blue Rhapsody as it called for 2 strands of worsted weight (4) yarn and I would just work with one strand of this super bulky (6) yarn. The pattern calls for striped sections of different colours. I've never been a big fan of stripes, but figured that the different textures of yarn in the Bernat Bundle would substitute for stripes. 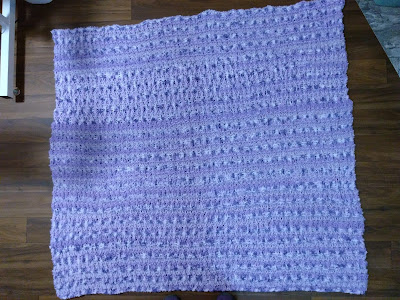 I ended up with an afghan approximately 59" square. It's fairly heavy and I'm sure it will be quite cozy and warm. The pattern is quite easy, except that sometimes I would knit when I should slip and vice versa. It only takes one of these booboos to mess up a whole row of knitting. But I finished it and I'm quite pleased with the results.
Here's a close up of the stitching: 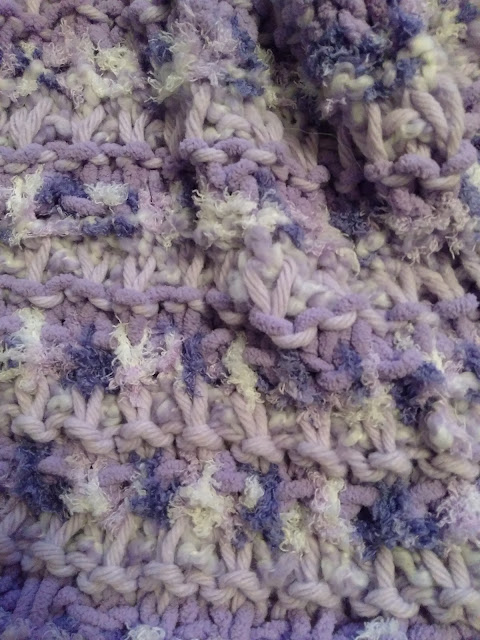 Still on the needle: 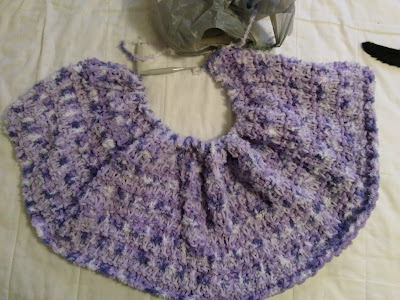 Newsflash: my quilting studio is finally finished - the first two pictures in this post were taken in there - (still needs more organizing, but the renovations are done). 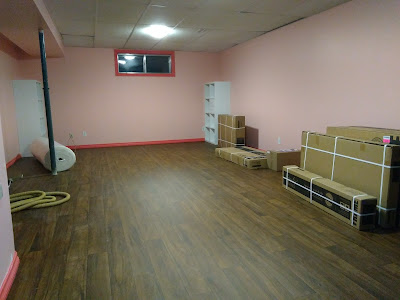 I've got my Amara set up 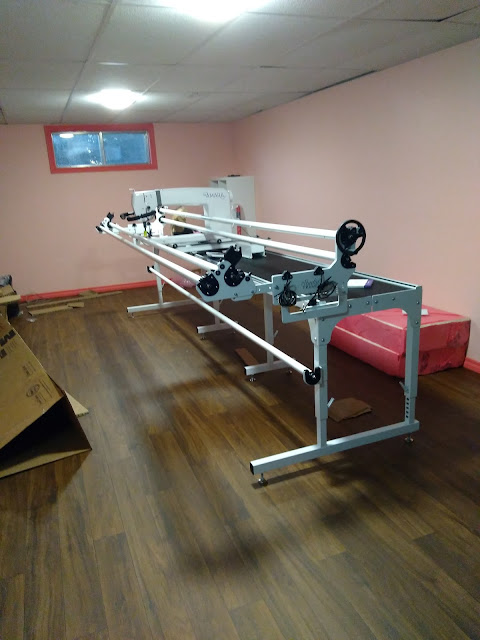 and I'm already working on my second quilt. 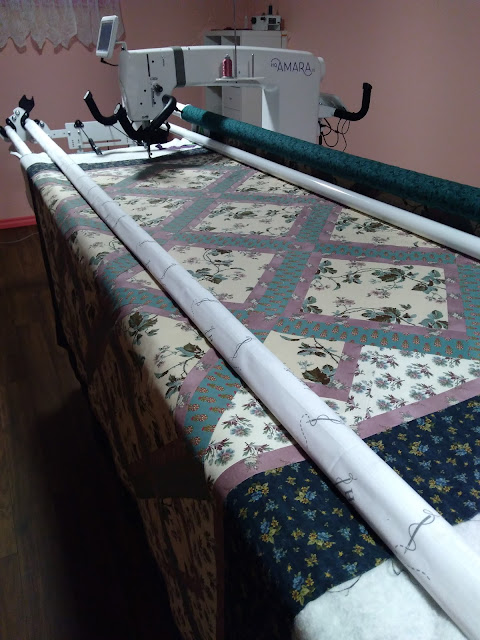 Hurray! This has been a long time coming.
Posted by Laura B at 10:05

Email ThisBlogThis!Share to TwitterShare to FacebookShare to Pinterest
Labels: knitting