Perusing my posts, I realized that it's been over 2 months since I last posted. It's not that I haven't been doing anything, but I just haven't made the time to write about it. So here goes...
First, I got a new cat from Amazon. 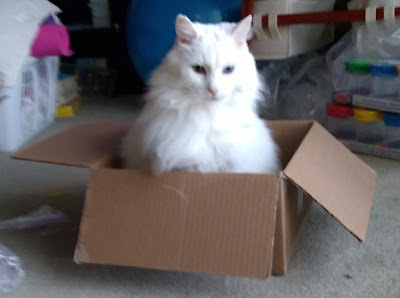 Actually, this is just Mystery trying out one of the boxes from the many parcels I receive, between Amazon, Sew Sisters and Craftsy.
I've been working on the quilt blocks for a Canada 150 quilt (better late than never), but I'll share those in a separate post. I've also been honing my Play-Doh skills with my grandson. 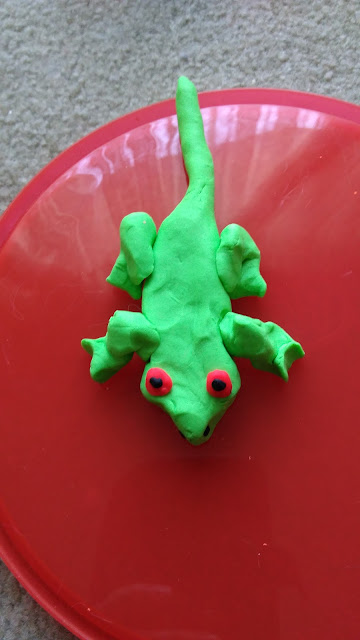 I made my grandson a crocheted dinosaur, 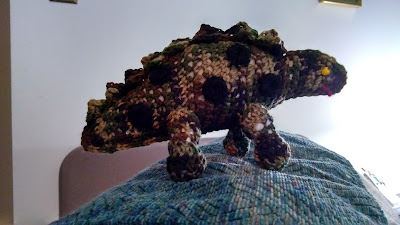 took a street car ride over the High Level Bridge in Edmonton,
exercised (with help from my cats), 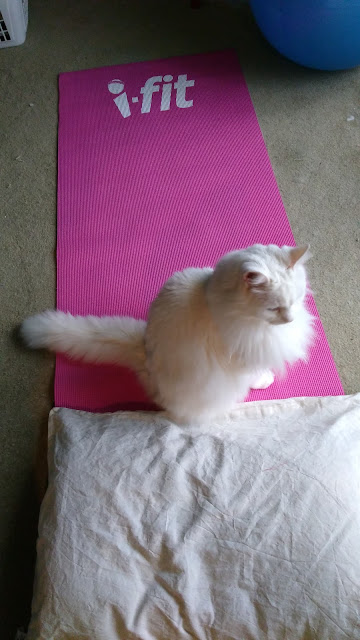 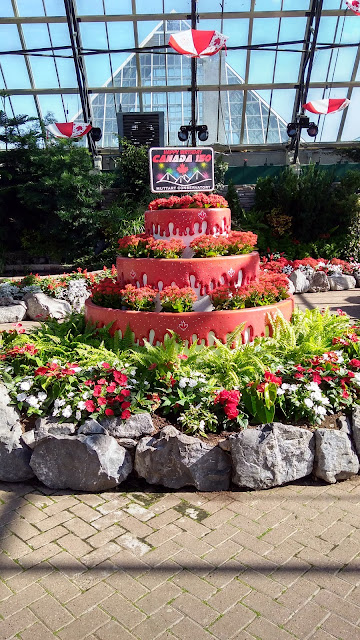 started a fall-themed afghan for my daughter, 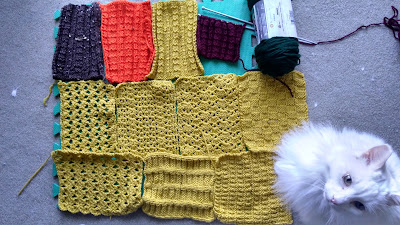 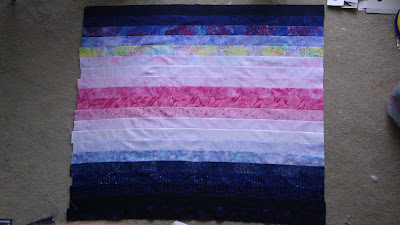 bought myself an Instant Pot 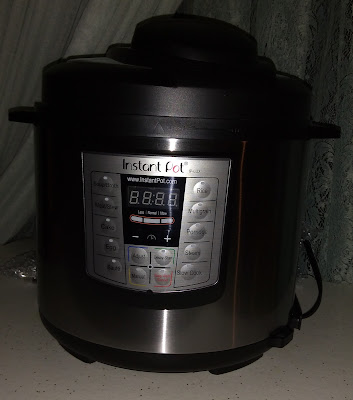 and tried it out
again  and again,
watched the birds migrate, 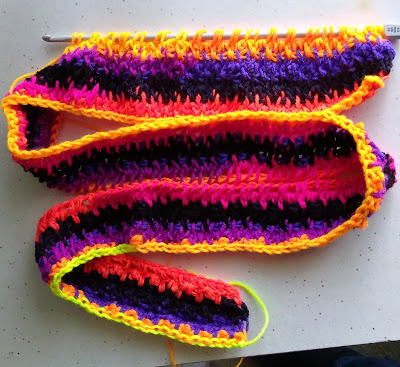 started to clean and sanitize the cold storage room, 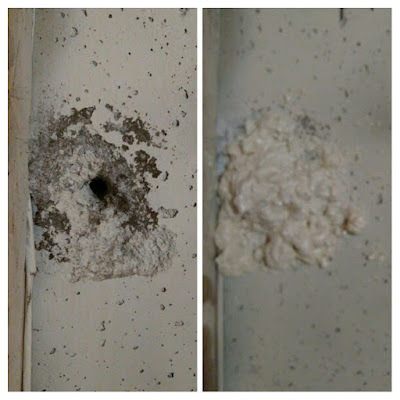 which is not done yet because I discoverd that a mouse or mice had gotten in there, and I had to fill holes where they might have entered with spray-in foam insulation, 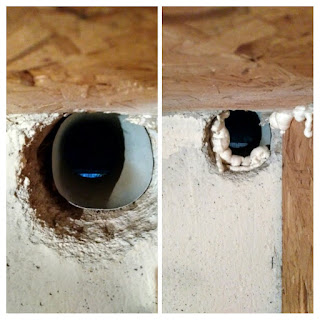 from one day to the next,
started sprouting some carrot tops for my grandson to see, 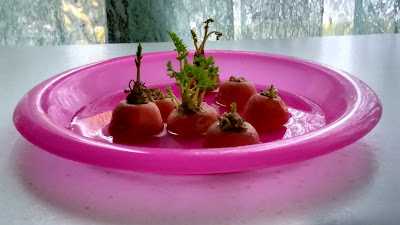 and saw the beginning of Christmas decorations at Walmart before it was even Thanksgiving.
As you can see, I've started several projects, without finishing many, so I'd better go and get back to work.