I see it's been nearly a month since I last posted and I have been busy. I posted previously that I am doing Red Heart's monthly "Learn a Stitch, Make this Cowl." I'm all caught up now. Here is January's Twisted Cowl, which is crocheted, and I actually finished it just last night. 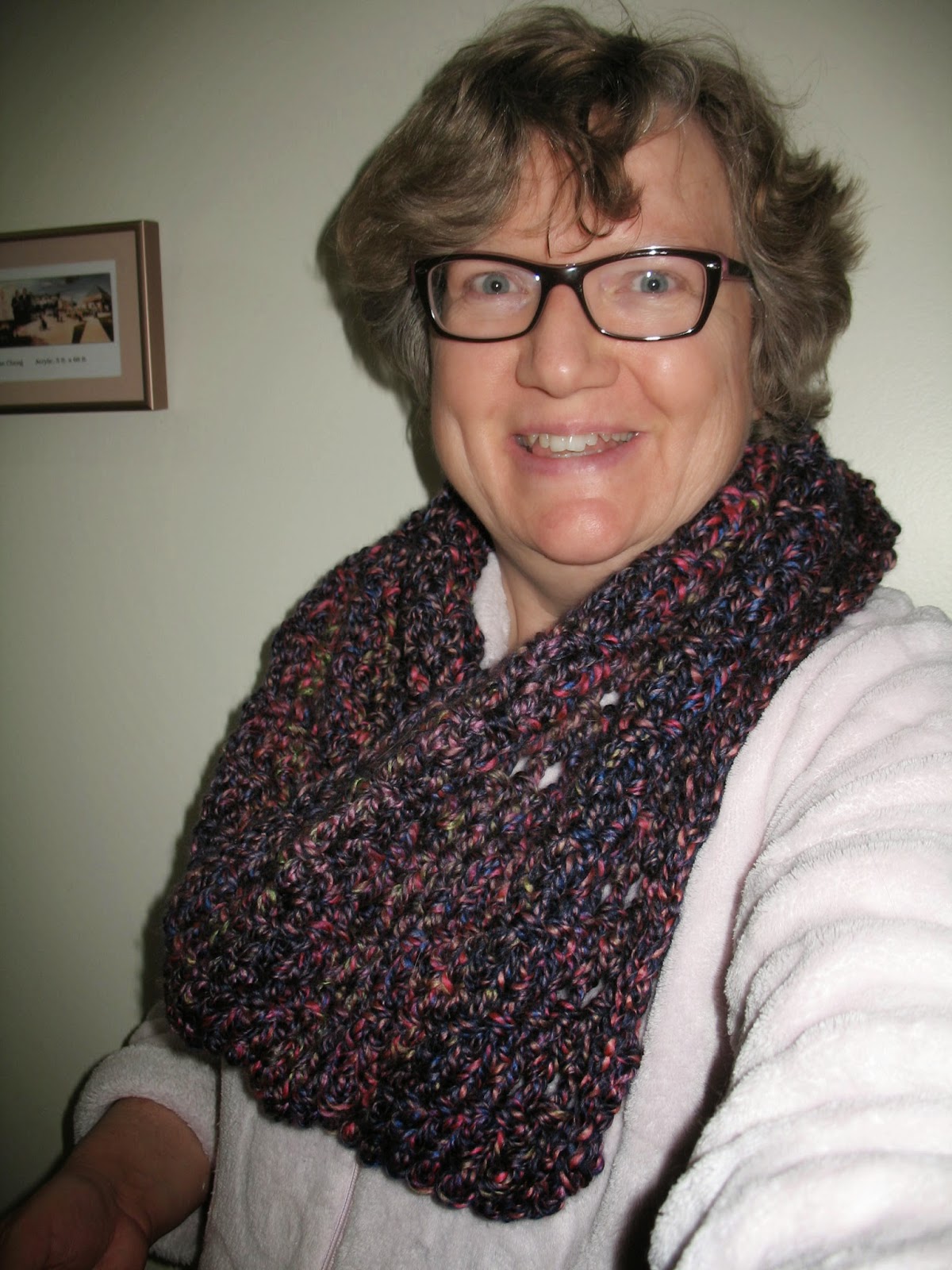 This one was made with Red Heart Medley in Eclectic. 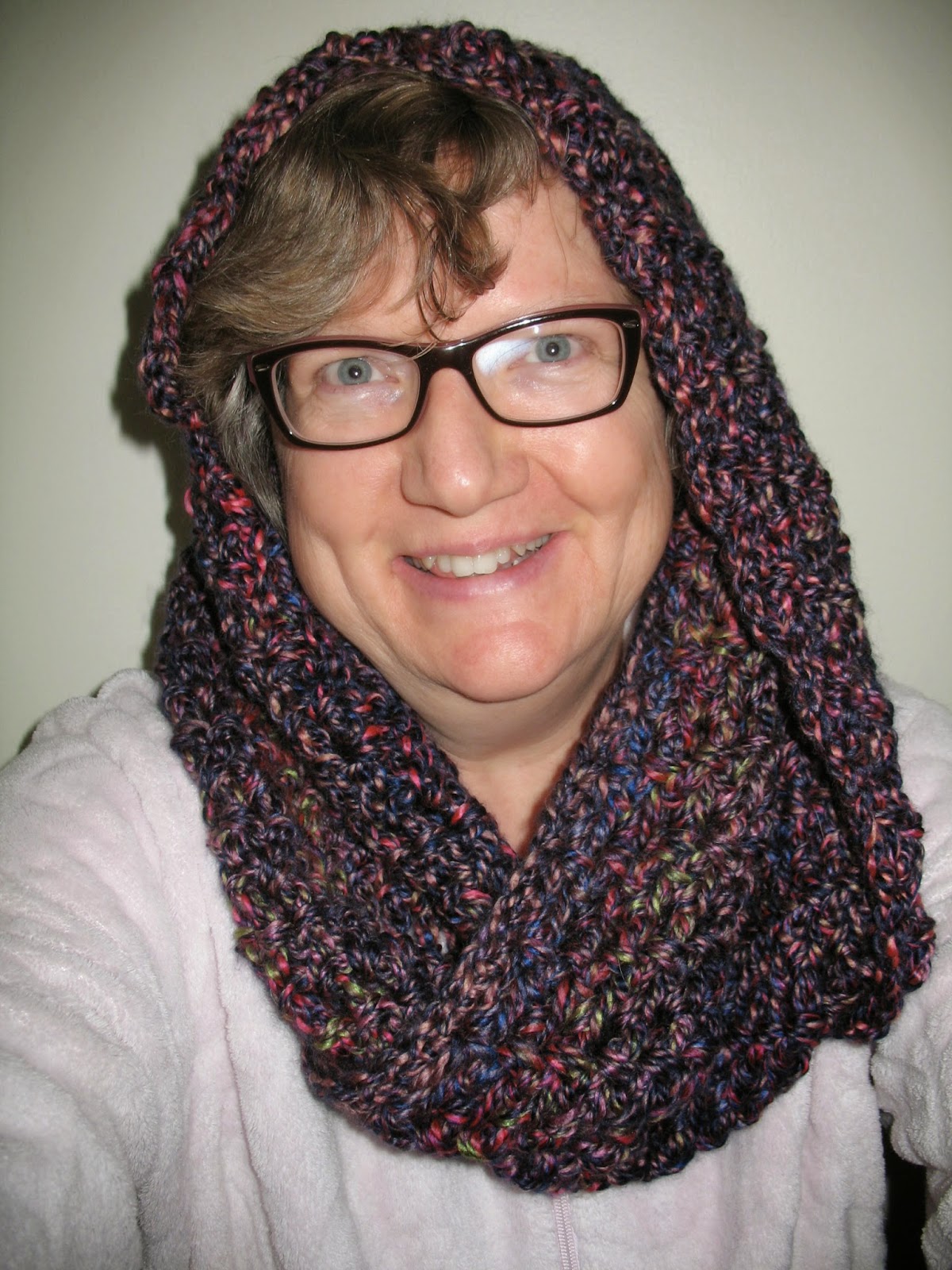 Since my goal had been to get back into knitting, I started with Candi's Checked Cowl for February and was quite pleased with the results. 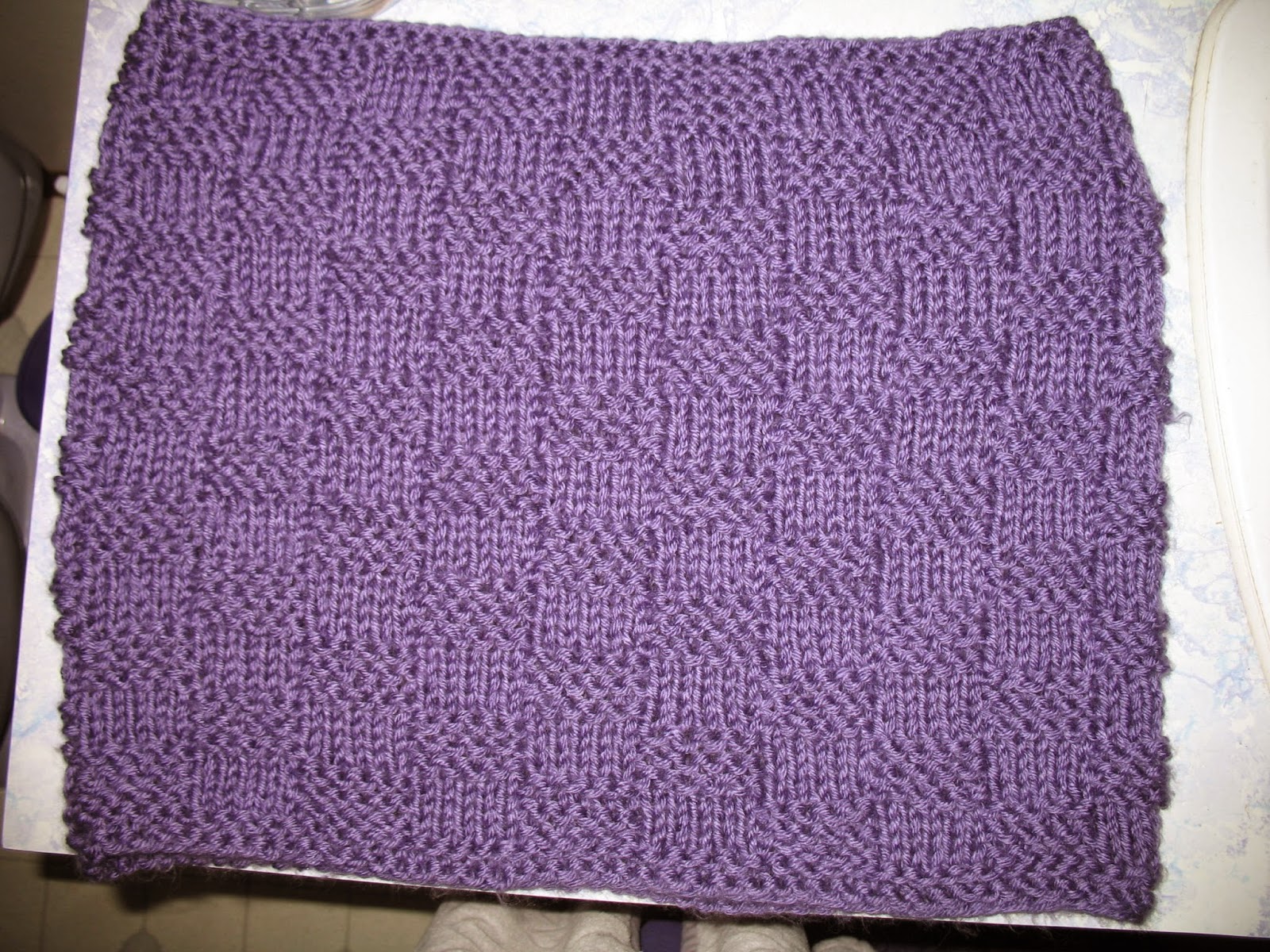 This was made with two strands of Red Heart Soft in Lavender. 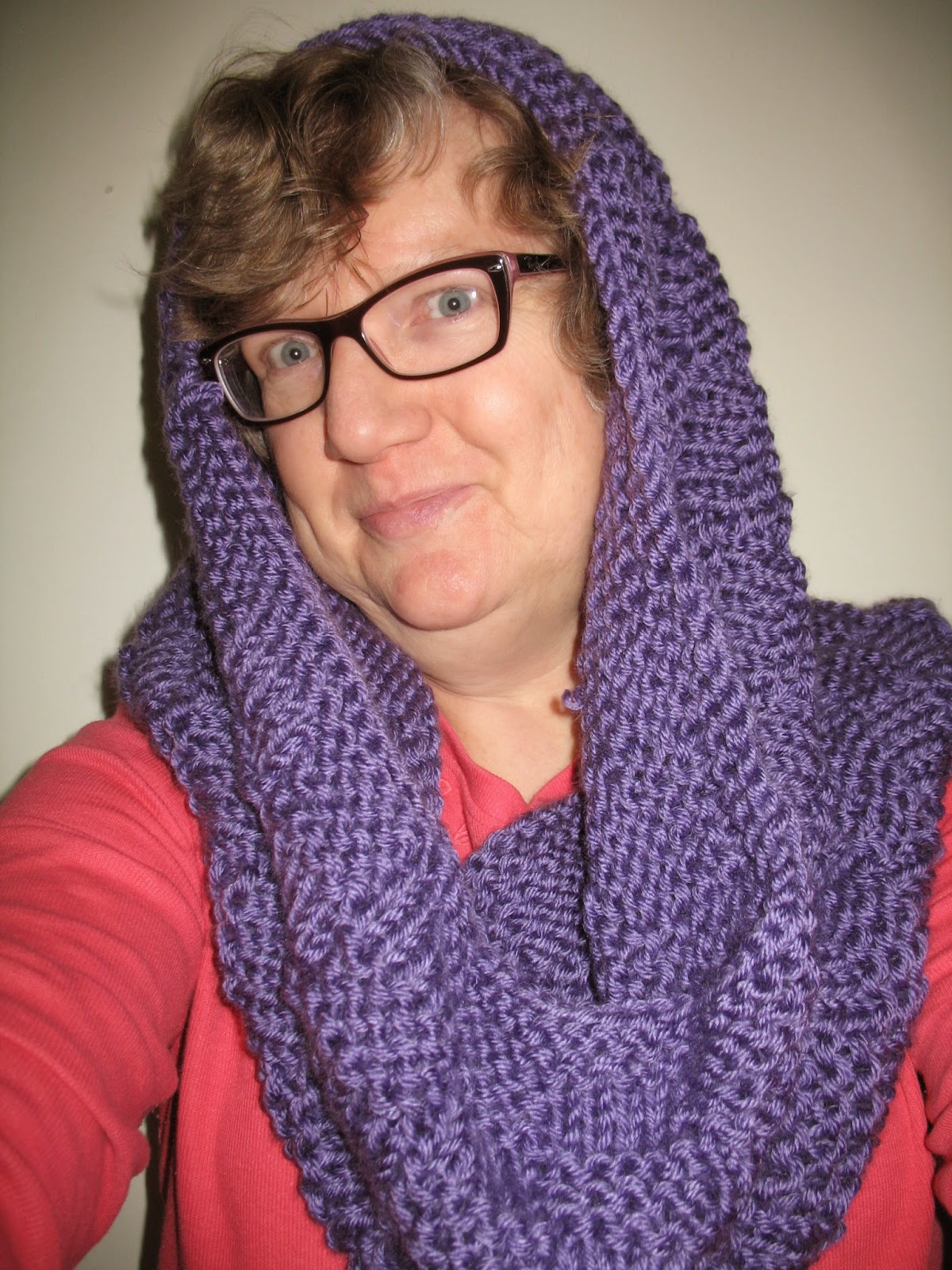 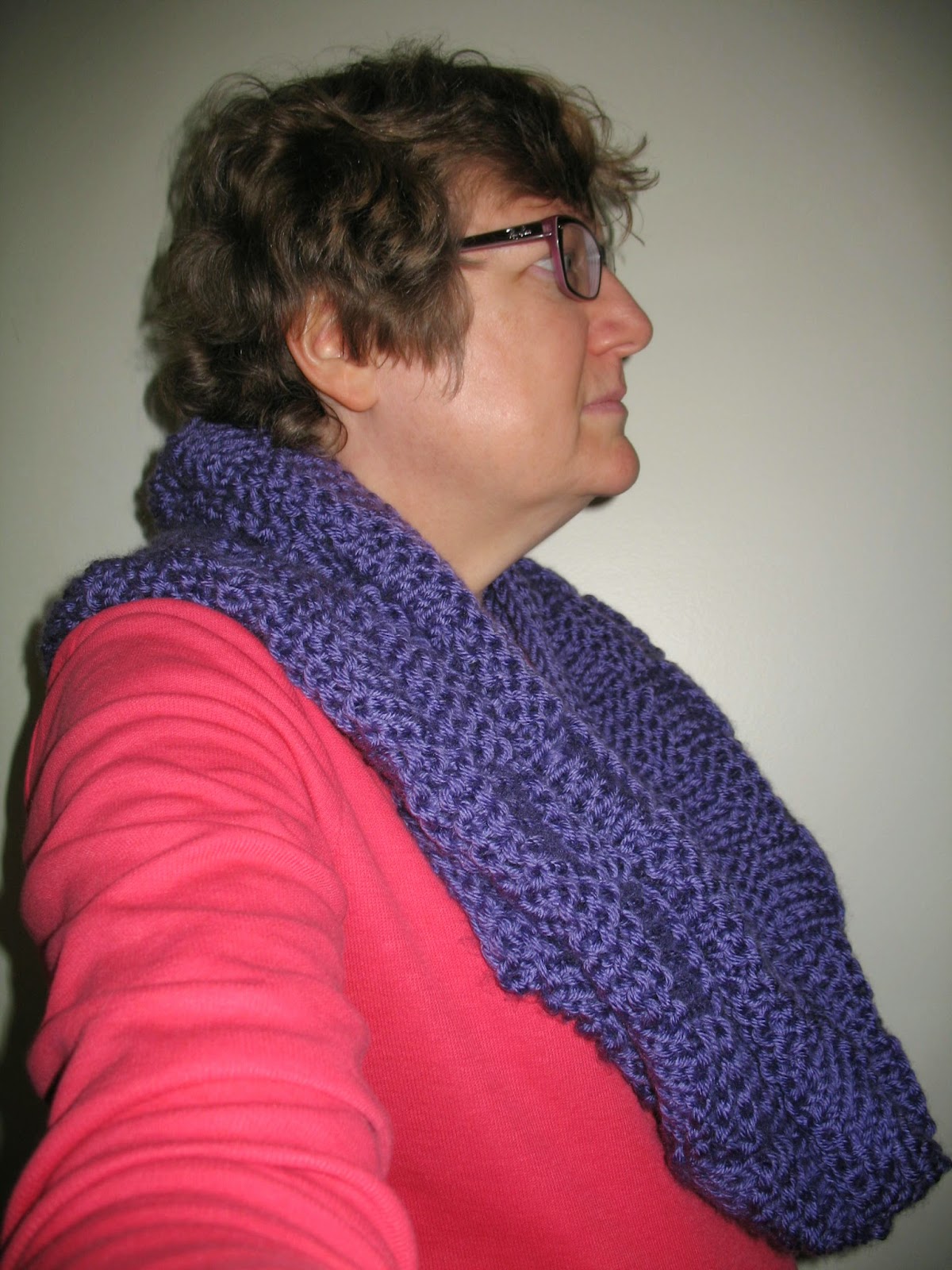 March's Lovable Cowl was a bit more of a challenge for me. I really didn't like the appearance of this one as well as the other two. 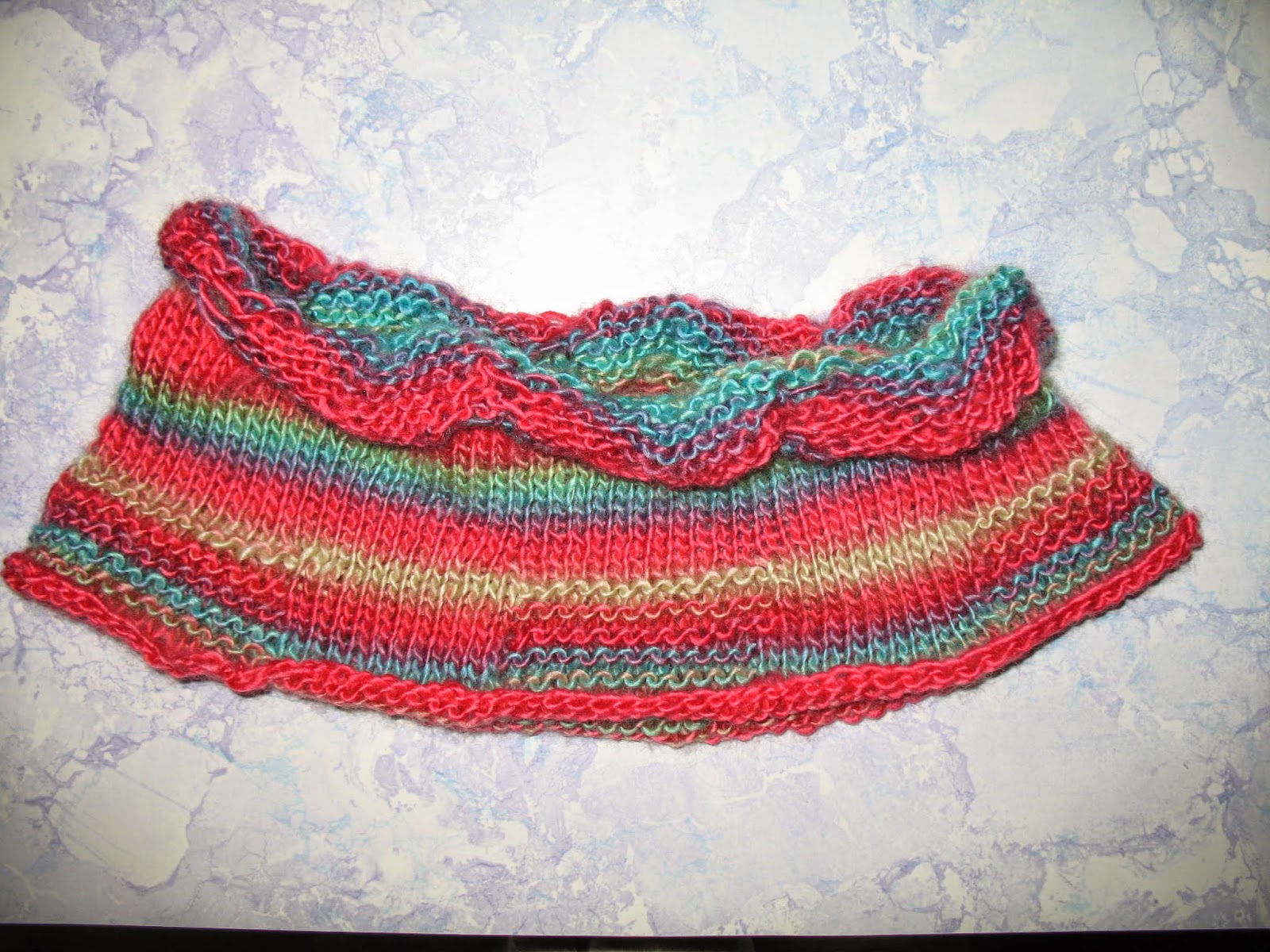 But appearance wasn't the only issue. I kept losing count and made a lot of mistakes in this one. Fortunately, most of them are hidden under the rolled upper edge. Somehow mine ended up shorter and wider than the one in the picture with the pattern. But honestly, my count wasn't that far off and the number of rows is correct. <shrug> 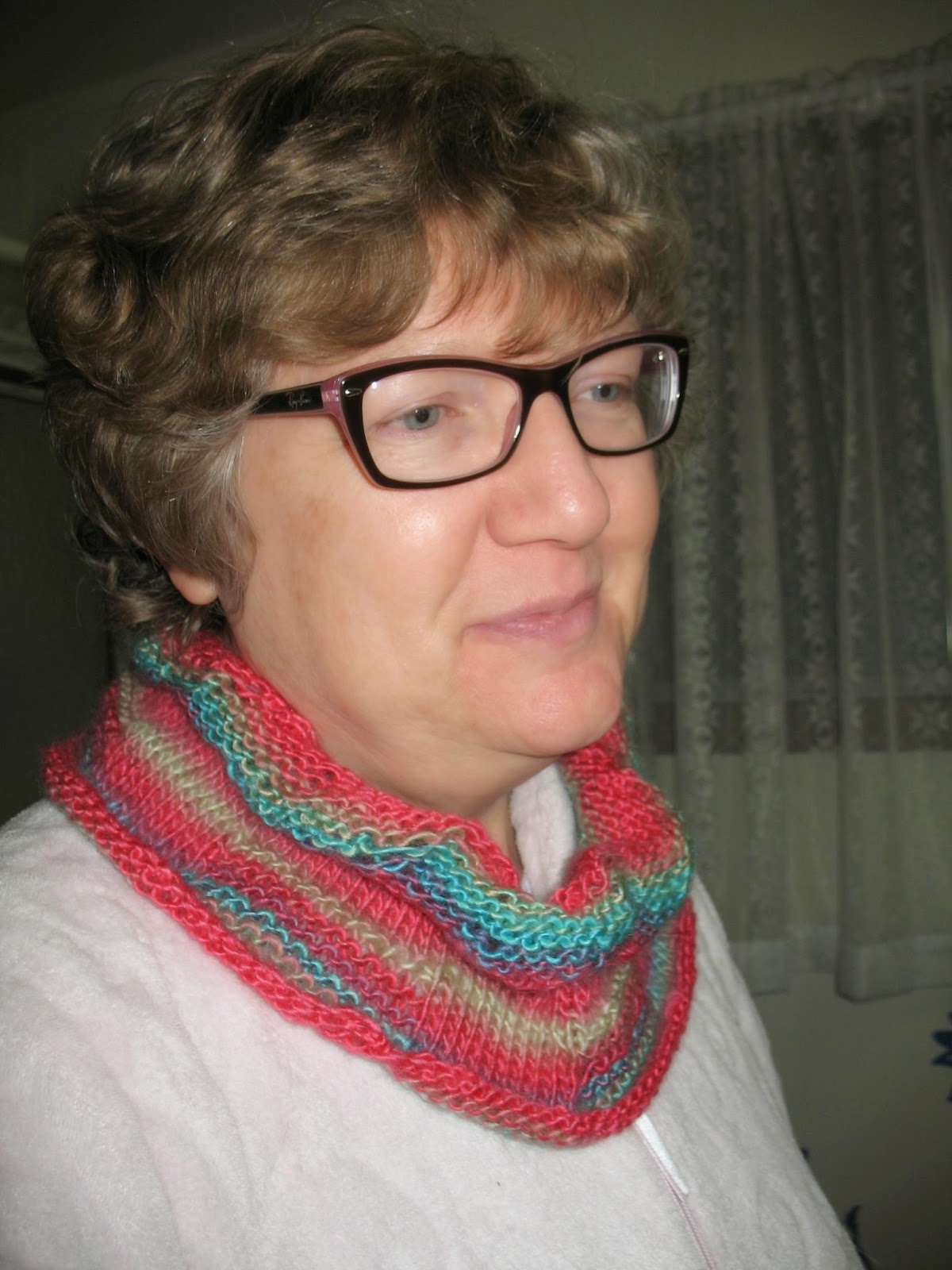 I made this one out of Red Heart Unforgettable in Parrot. And every time I looked at the name of the yarn, I kept thinking of this song:

For April, it's a Drop Stitch Crochet Cowl, which is supposed to be made in Red Heart Medley again. I think I might try an alternate yarn. I enjoyed using the Medley in the Twisted Cowl, but I'd have to order it online or wait until I can get into the city as it's not available in town. And I want to try different yarns. Meanwhile, I'm continuing with Sophie's Universe CAL. I've finished to the end of Part 5. 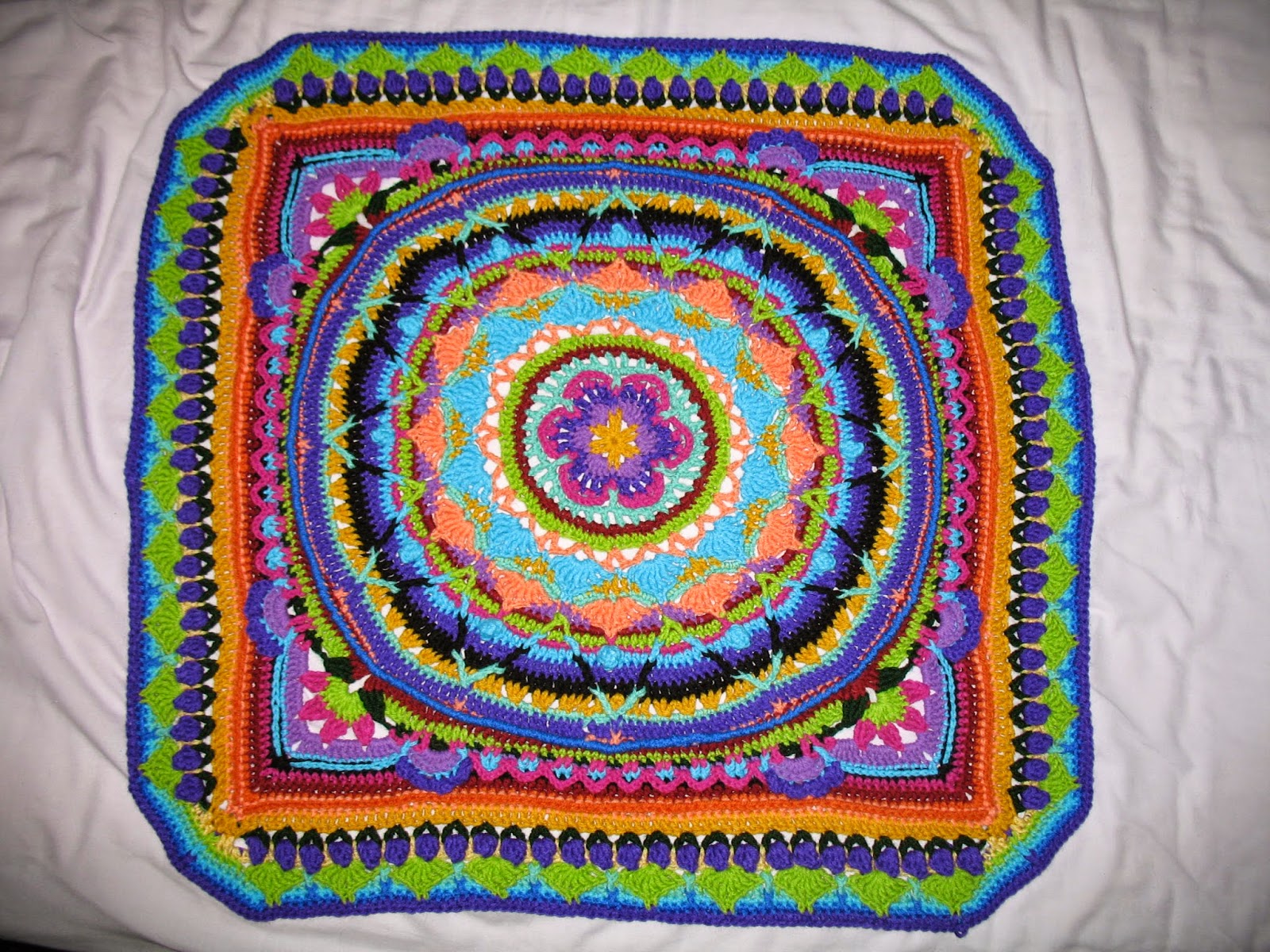 In addition to the original colours I had chosen, I have added some Red Heart Super Saver in black, blue, cornmeal, hunter green and carrot. Aside from the tulips/leaves rounds, I decided to to rounds 33 through 46 in rainbow order. Only round 46 is left to be completed of the rainbow section, which will be the Lavender. Here's a close up showing all the colours. 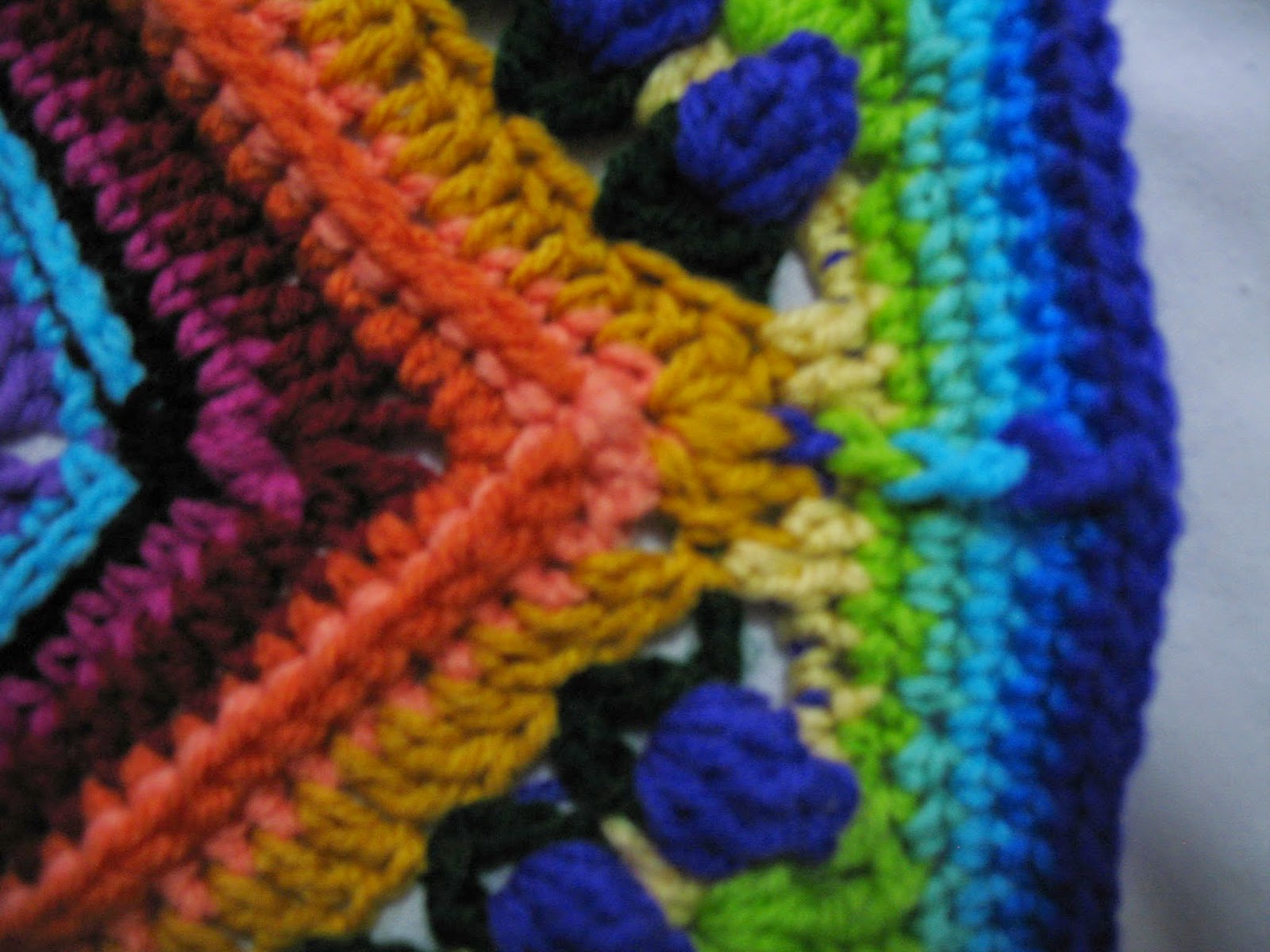 Unfortunately, the purple (tulips and last round) looks more blue in this picture, at least on my monitor. And the hunter green (tulip leaves) appears almost black.
I've also gotten a little more work done on the Bavarian crochet scarf, but haven't taken a picture.
That's my crochet progress to date. This evening I did a little taping and mudding in my craft studio in the basement. I need to get that finished as I've got quilting projects to get caught up on.
Posted by Laura B at 20:08